You’re too fat. You’re the wrong age, the wrong height, the wrong size, the wrong shape, the wrong type, too slow, too quick for your own good. You’re too dark, too light. You’re “only pretty”. You’ll never look like that. You’re ugly as sin. You could be a model. You’re plain. You’re nothing without your makeup. The beard makes you look like a dork. You should go natural. You’re a pizza face. Cover that shit up. Why can’t you be bothered to take care of yourself? 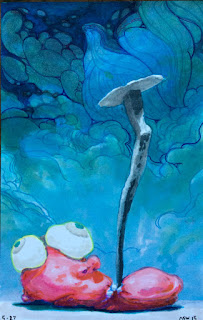 They saw you were weak. They didn’t like your friends. The way you dressed. Your bumper stickers. Your books. Your thoughts. The things you did. The things they imagined you did. You didn’t share their interests. Wrong faith, man, wrong practice on the wrong day. You were in the wrong place at the wrong time. You fought back. You tried to ignore them. You pointed them out. You asked for it. You flaunt it. You give it away for free, so they came and took as much as they wanted. What were you expecting?

Pull yourself up by your own bootstraps. You shouldn’t need any help. You’re a parasite. You work too much. You’re lazy. You’re too young to understand. You’re too old to be making these kinds of mistakes. You don’t have anything to offer. You’re sitting on your talents. You should do something popular. Sell your soul on the open market. Make something unique. Take risks. Play it safe. You should have known better. You’re nothing but excuses. Just get over it. Why can’t you get your act together?

You should be ashamed of yourself.

Posted by Elephantiasis at 12:12 PM